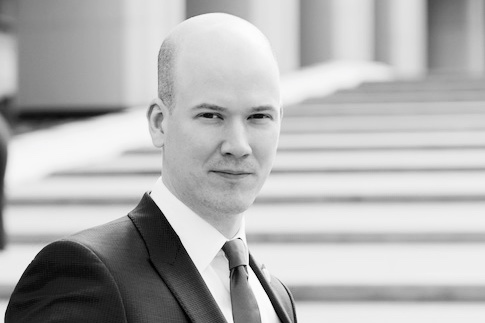 Thomas H. Rudy is the Co-Founder of WhiteRock, an advisory firm working on M&A transactions and investments in the sports & entertainment sectors. Prior to founding WhiteRock, Rudy worked at Park Lane as Vice President and played a key role across both sports team and sports-related business deals. ‍

With a background in sports investment banking and principal investing, Rudy’s broad knowledge base delivers a great deal of value to clients. Also the Founder of investment fund Capital R Investments, he has appeared as a financial expert on Deutsches Anleger Fernsehen (DAF), N-TV, N24, Der Aktionär TV, and Inside Wirtschaft in Germany, in addition to appearances on U.S., Chinese, and Korean television programs at the New York Stock Exchange and NASDAQ. Furthermore, since March of 2015, Rudy is the Co-Founder and Managing Partner of New York-based venture capital fund Elevate Innovation Partners that focuses on early stage investments in fintech and enterprise software companies. ‍

Rudy’s career in sports investment banking started at Citigroup in New York, where he worked as an Analyst for the firm’s Sports Advisory Group. In this role, he worked with NFL, MLB, NBA, NHL, MLS, and European football team owners to buy and sell franchises as well as finance the expansion of their enterprises. In 2008, he left Citi to start Capital R Investments, a hedge fund and venture capital firm with locations in New York, Florida, and Germany. ‍

He is actively involved in the community on the local and international level through his work with the Rotary Club of Wall Street, of which he is the Co-Founder and former President, and Columbia University’s Alumni Representative Committee in Germany, on which he serves as Chairman of the Board. ‍

After his Abitur in Germany, Rudy graduated from the College at Columbia University in New York City in 2006 with a B.A. in Economics. He is FINRA Series 79 and Series 63 registered.

Thanks for submitting your information.
We'll be in touch.

We’ve helped our startups raise more than $1MI in two months of program last year. How?

By opening doors to the investors in sports and health tech that can accelerate your startup growth.

Sign up to get insights into the program and application process.

leAD Sports will use the information and data you have provide on this form to send you communications, updates and marketing. You can unsubscribe at any time by clicking the link in the footer of our emails. For information about our privacy practices, please visit our website.

We use Mailchimp as our marketing platform. By clicking below, you acknowledge that your information will be transferred to Mailchimp for processing. Learn more about Mailchimp's privacy practices here.